It has been said many times that it is impossible to predict a bear market. Many on Wall Street spend enormous amount of time and money on this very activity. Although it may be difficult to predict the bear market one can evaluate the conditions that could lead to a bear market.
What do I mean by that?

Lets imagine a bridge that carries thousands of vehicles across from one end to another. Lets also suppose its a very old bridge, and there is some visible wear and tear on the bridge. Now by observing this, one can conclude the weakness of the bridge, but its impossible to know which vehicle will exactly cause the fall of the bridge. It could be any one of the thousands of vehicles that pass over it. Similarly, one can evaluate general conditions that precede a bear market, but its impossible to predict which one event will cause the start of the bear market.

One such tool in evaluating these conditions is the general interest rates in the economy. Lets see how rates have performed since 1998. 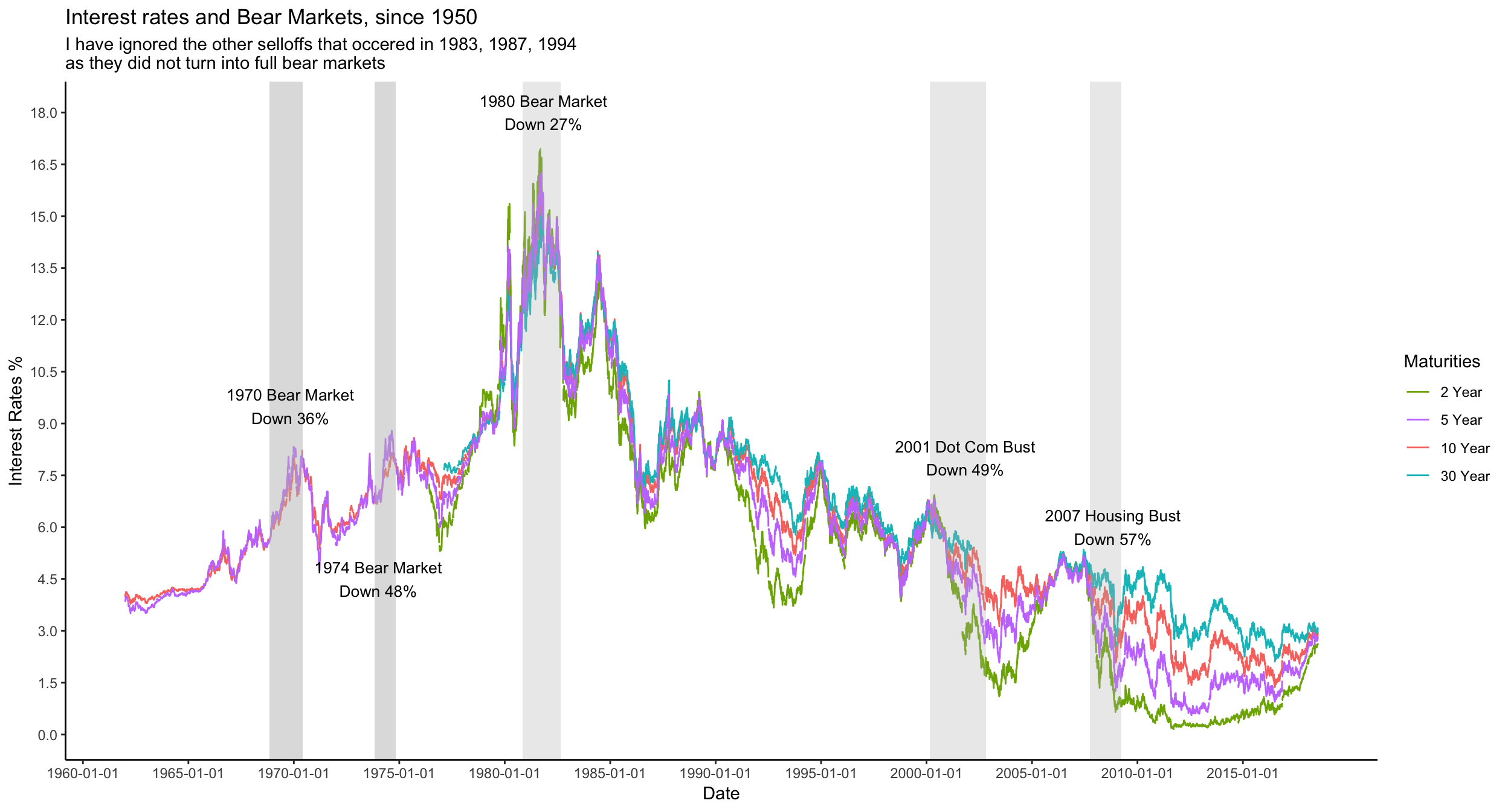 We agree that conditions are getting tight, valuations are high and this bull market is mature and may be on its last phase. The biggest hurdle is predicting when the bear market will start. This is why we employ our Model to guide us. We will stay 100% in equities, until the model tell us to get out. As of last month the model overwhelmingly preferred investing in US stocks versus bonds or international stocks. Accordingly, we have directed our capital in the US markets.
It is possible that tomorrow there could be some event such as a trade war, or an actual war that could signal an end to this long bull market. At that time, when the model indicates that conditions are getting riskier, we will switch to the safety of bonds. In the mean time we will continue our current strategy.