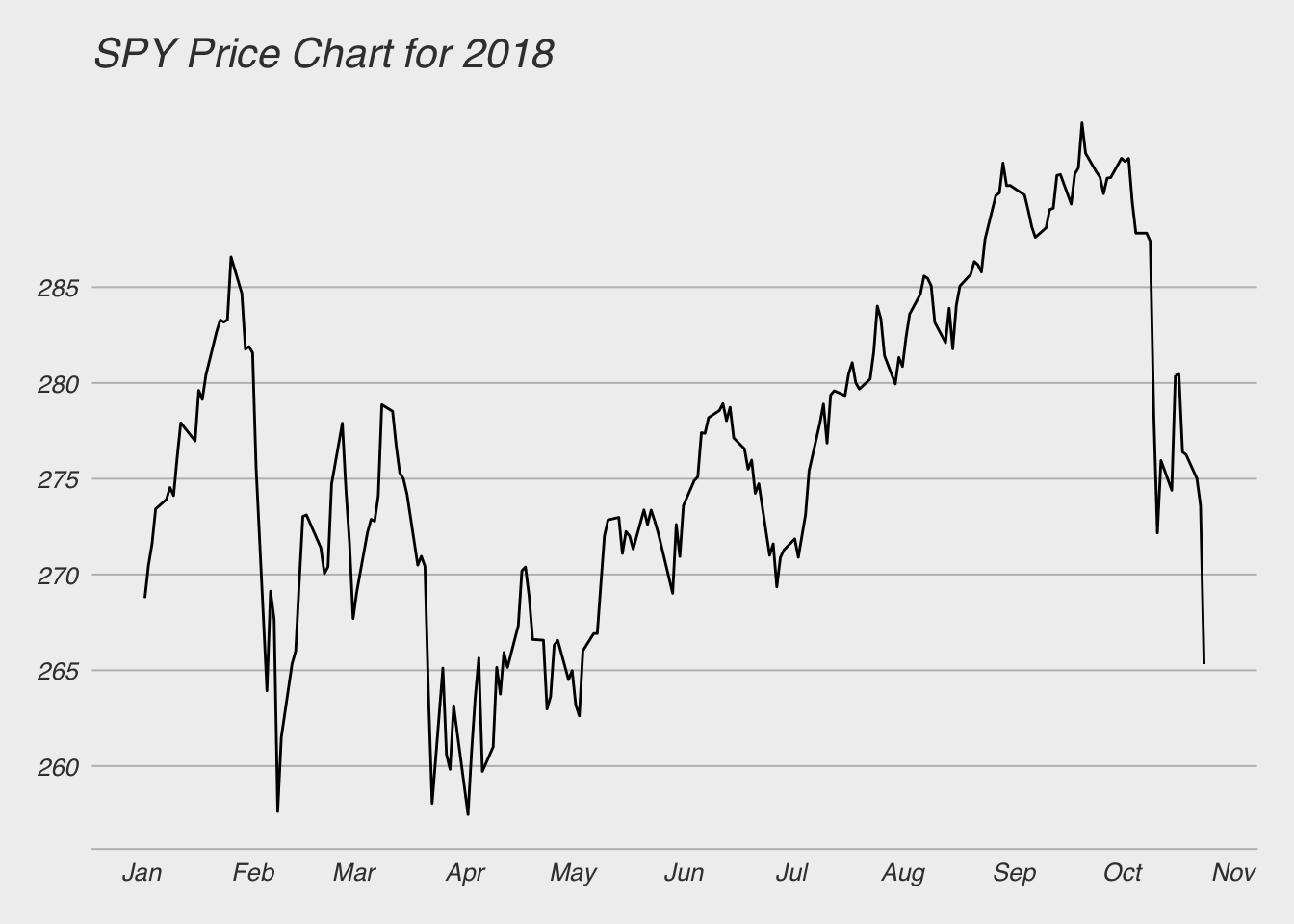 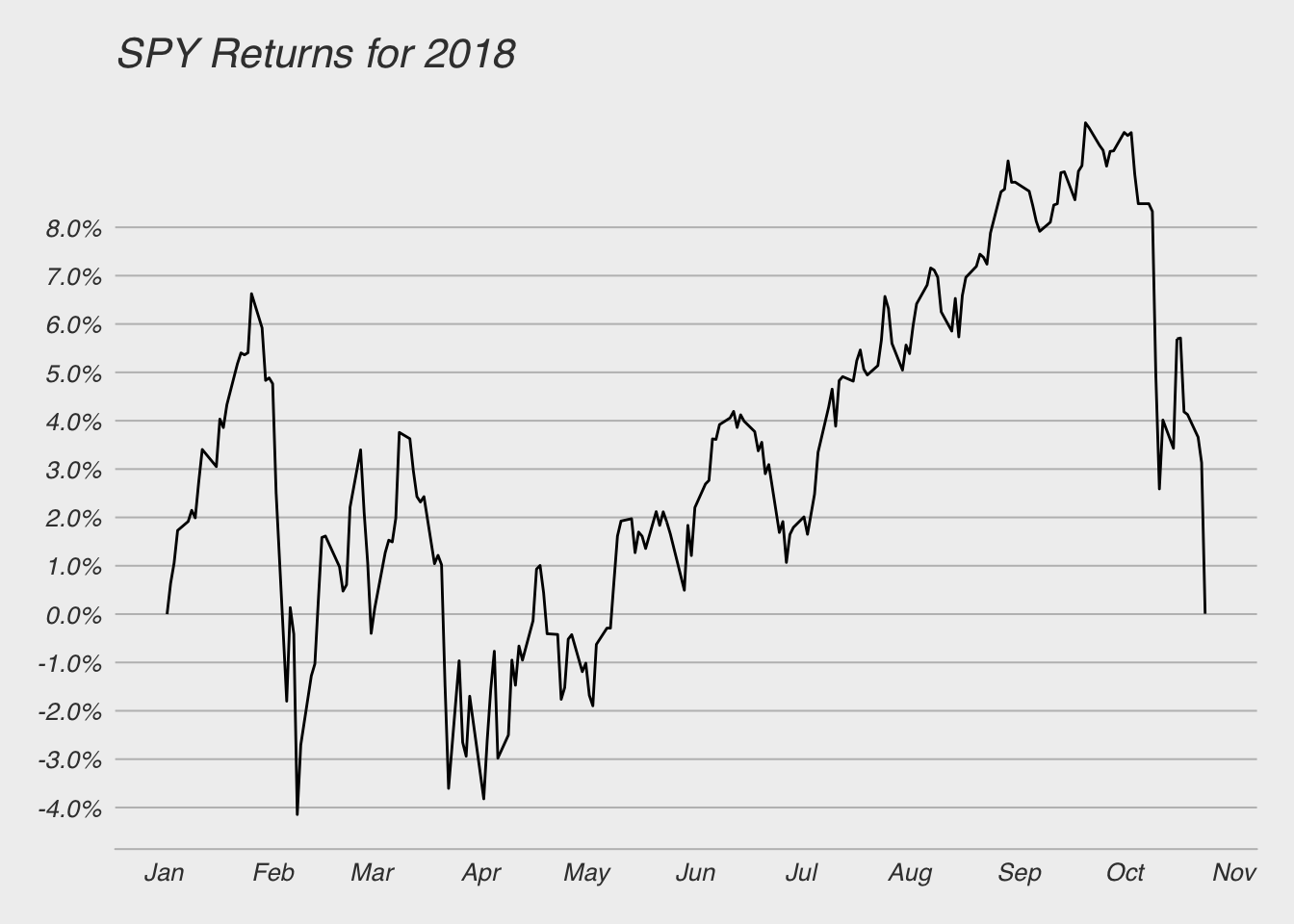 As we can see that October saw a severe fall in stock market price. We lost almost 10% and wiped off all the gains for the year.

Next we can take a look under the hood and see how different S&P 500 components have been performing this year. 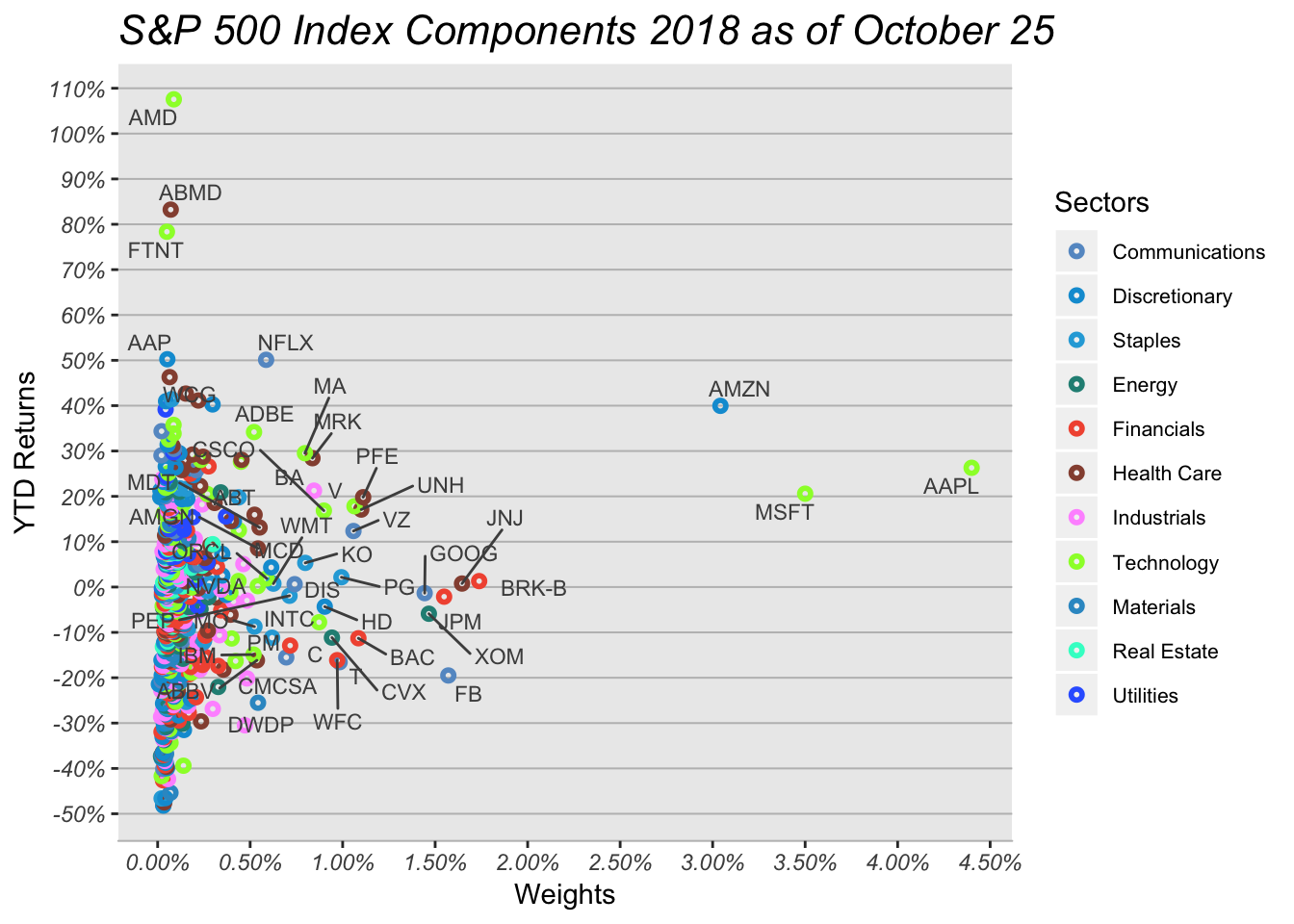 We can see from the chart Amazon, Microsoft and Apple have above 3% weighting in the S&P 500. All three stocks are outperforming the market as a whole. We can see that Amazon and Netflix are both up nearly 60% this year. The other best performing stocks so far this year are Abiomed, Advanced Micro Devices, Netflix, Advanced Auto parts, and Netflix.

There are many other small cap stocks that are outperforming this year which are not visible in this chart. We can zoom on that area to find out those stocks.

This gives us a better view of the stocks with less than 0.2% weight in the S&P 500. We can draw a few conclusion from this chart.

Next we can look at the stocks that are showing negative returns for the year. 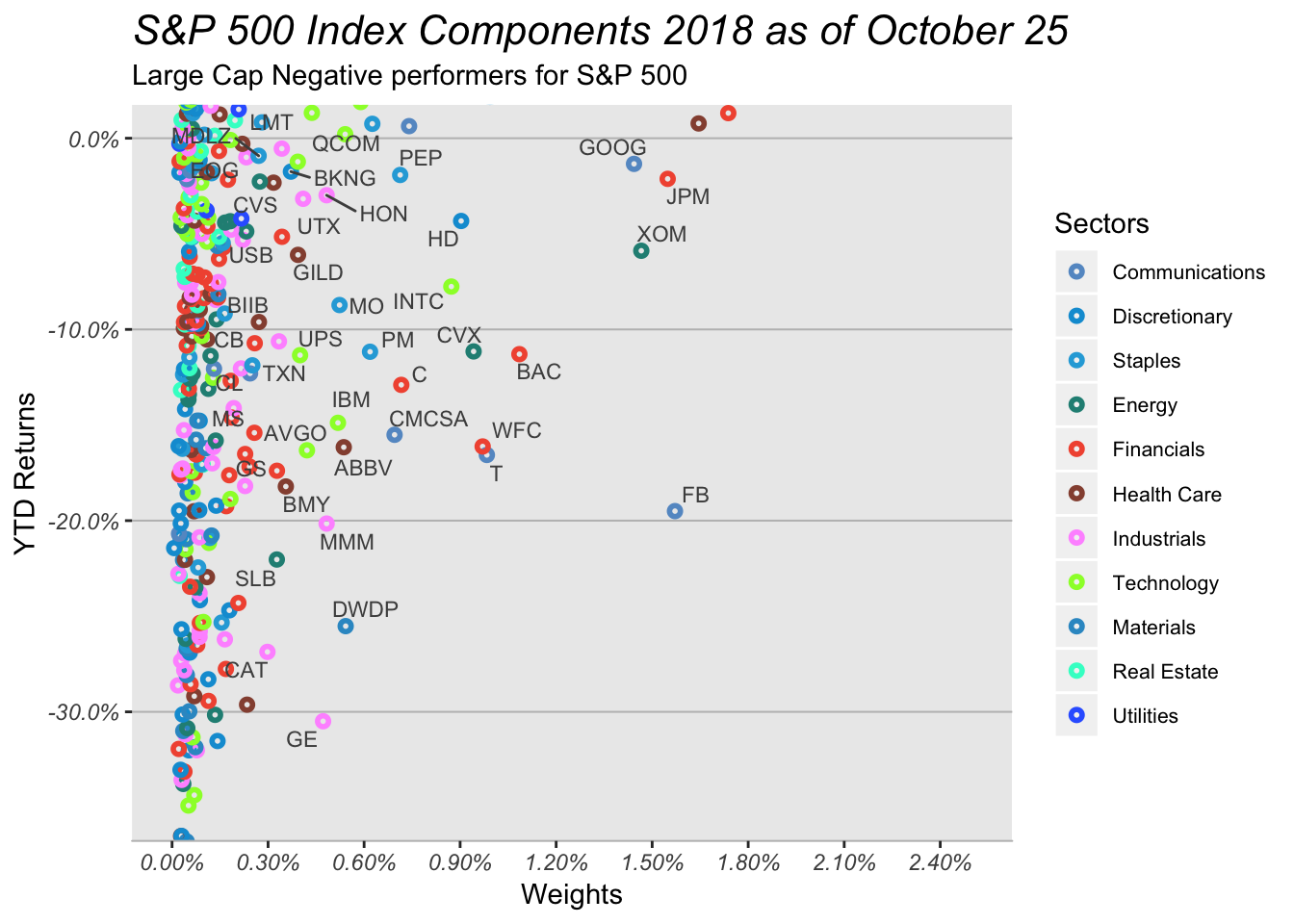 As interest rates have continued to rise, industrial and banks have seen their stocks sell of in the last few days. We can see that Dow Dupont, GE, Caterpillar and Facebook are the major stocks that are in bear market now. We also see Bank of America, Wells Fargo and AT&T, down more than 10% as of October 25, 2018.

Next we will see the top contributors and detractors. 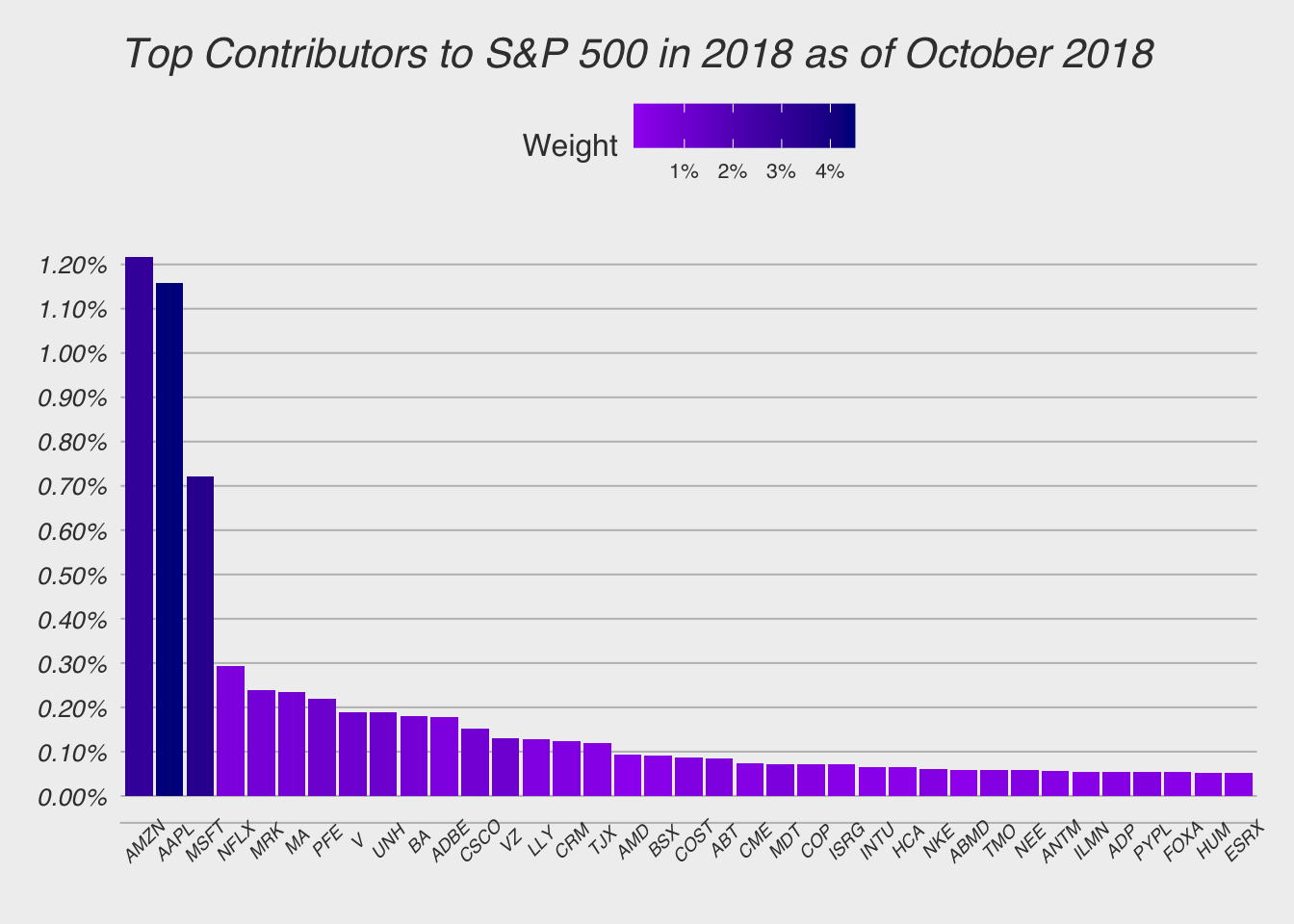 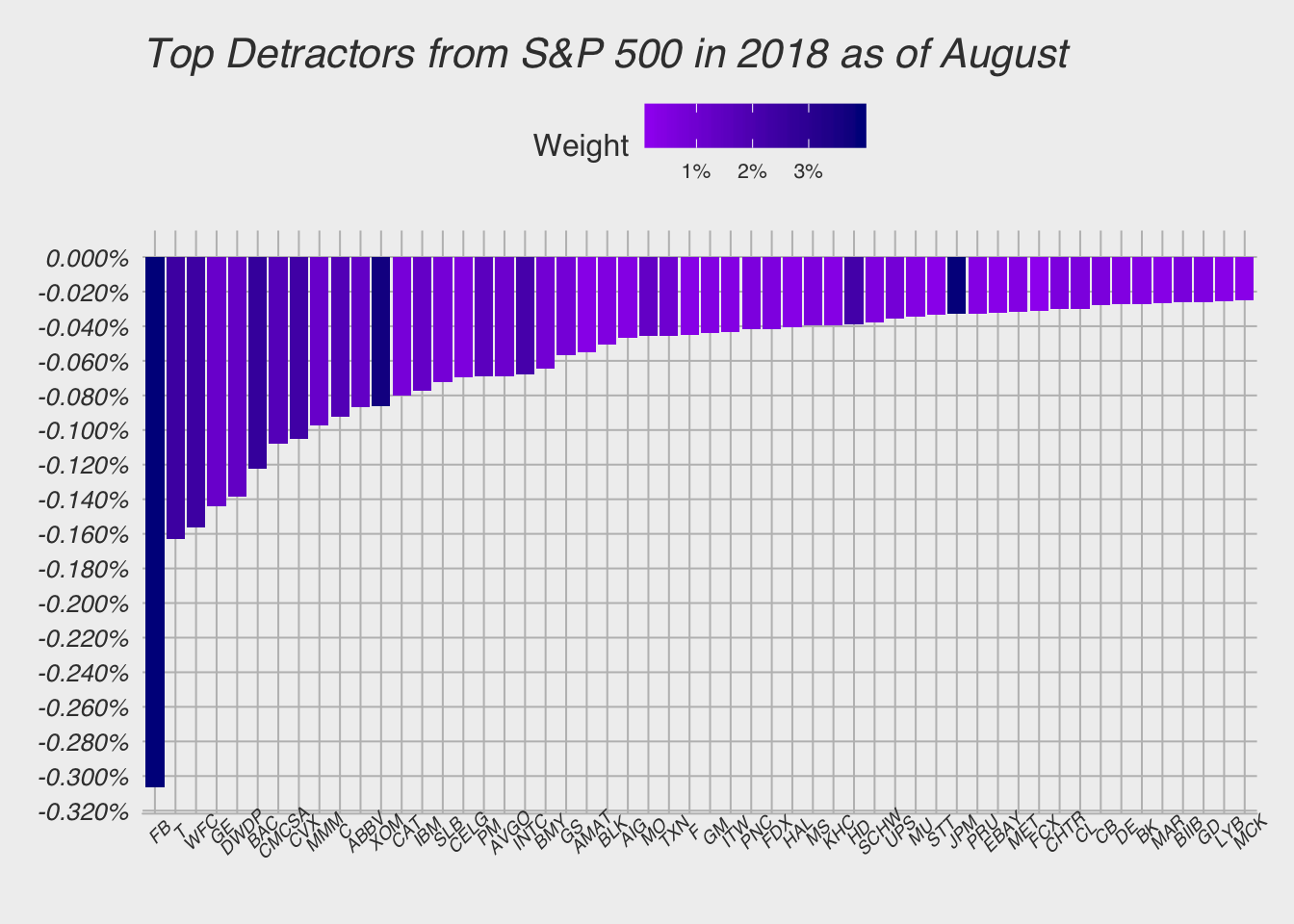 Here we can see that Facebook is the largest detractor this year, but there are also names such as AT&T, Wells Fargo, Dow Dupont, Exxon Mobile and GE with negative contributions.

Last quarter we said that S&P 500 was range bound and only four stocks were doing the heavy lifting and we concluded that if they start to sell off then markets could pull back significantly. This month we saw that as Amazon, Microsoft and Netflix sold off, the S&P 500 quickly lost more than 10%. We are negative for the year so far, it will great to see these stocks recover, but if they don’t, then we could see further losses in the market.